The Love for the Eagles

Wow. I get excited every time I see one. Even more when I see two. Whether it’s with the naked eye, through the binoculars or through the telescope. All sightings are amazing. Their movements in the air express full control. When they display behaviour to defend or define their territory they make steep dives and climb again to make a looping to go back for a dive. Undulating or pendulum flight is what this behaviour is called. 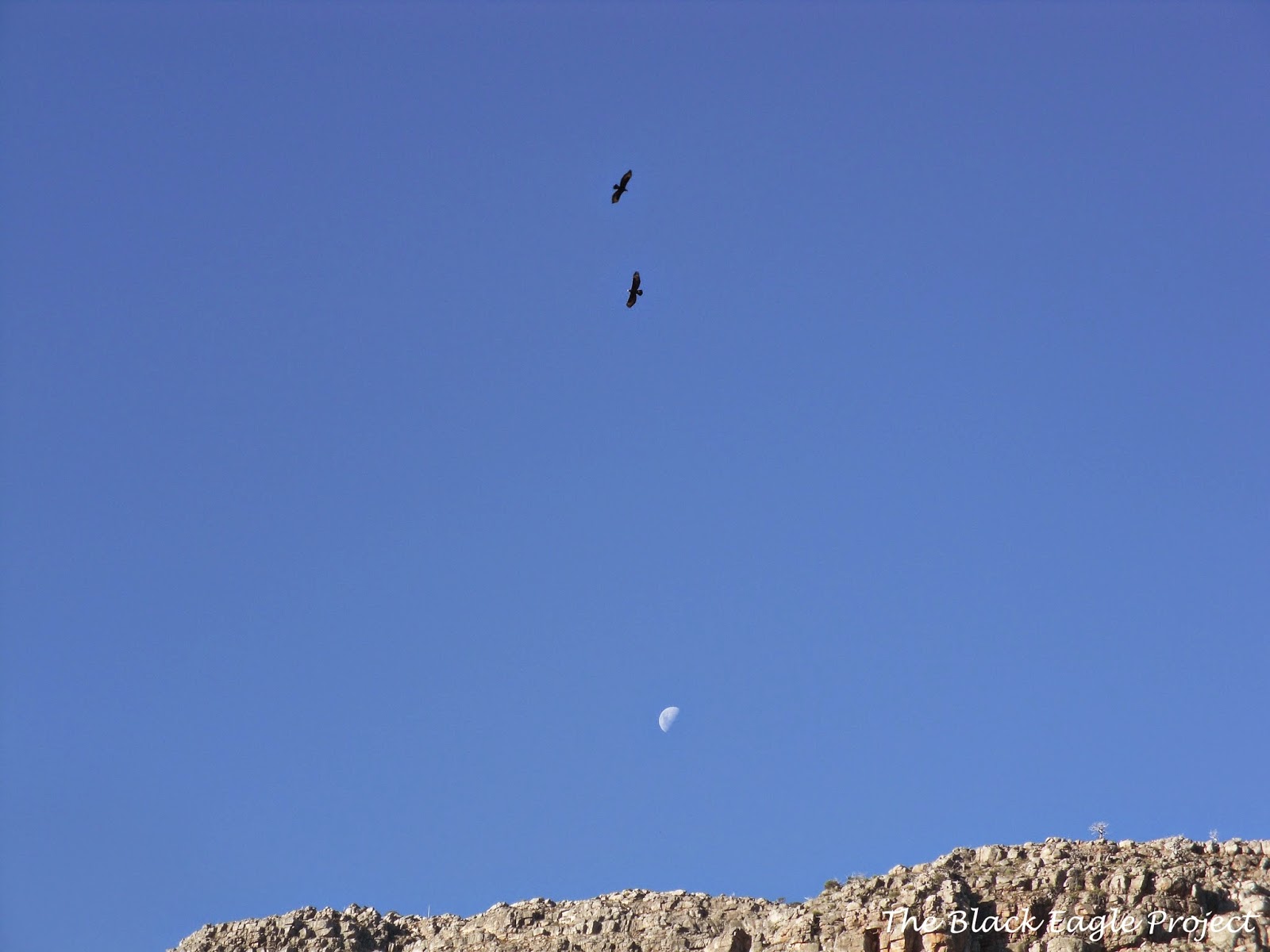 Last time, I was lucky to see the eagles soar in front of and above the moving moon (see picture). To see that the Eagles have a larger wingspan than the diameter of the moon was amazing. This was a moment where I thought: “Although I don’t have the best camera to get this on a photo, this picture will be on burned on my retina for the rest of my life”. Well, you can have worse things burned on your retina. They seem to chill on the thermals and soar a bit through their territory. Why not? If I could soar I would be soaring all day. The more time I spend here in the mountains, the more I think I was born in the wrong country (without mountains) and born in the wrong nest (without wings). Probably my ancestors took the wrong turn tens or even hundreds of million years ago. You would have amazing eyesight and probably see cape leopards weekly. And the views from high up in the air. Wow that must be amazing. When you’re not on your nest, incubating or caring for your chick, you’re searching for Dassies in the Cederberg or Molerats, Helmeted guineafowl and Angulate tortoises in the Sandveld. I would rather live in the Cederberg, because there are more mountains and less annoying pied crows. I’ve seen some chases between pied crows and the eagles. Sometimes the eagles were being chased and sometimes the eagles chased the crows.  Although they fly as if they´re in full control, their walking appears to be clumsy. They walk like criminals. With their head a bit down as if they are hiding something.

Dreams and more
I have even had my first dream about eagles. It took me approximately two weeks of observations. It was a nice dream where I had 3 eagles in view, but I wasn´t sure if the third was a juvenile or another species. I was warned that I would get hooked to the eagles, but I am not afraid of getting hooked. I am an easy victim, because I think I am pretty close to that state. Keeping in mind that I haven´t even seen a chick yet and I not even half way through my fieldwork. During my fieldwork I find myself sexing the eagles when I see one. When one is on the nest I think: “She’s on the nest”. And when I see one flying I think: “He’s flying”. This is unintentional and I don’t know how to get rid of this thought. But as long as I don’t write it in my notebook it doesn’t do any harm.
Next blog will be about how an eagle observer spends his Sundays in the Cederberg.
-Steven Karel Bekker