Here I am, sitting behind my desk. Locked in my 15m2 hut with the rain pouring down on my roof and the wind desperately trying to get in. I can hear it knocking but I am not answering. With only Jack Johnson singing his songs. Can´t you see that it´s just raining, ain´t no need to go outside. After two and a half weeks of solo trips I have felt snow, rain, clouds and have seen a lot of rainbows, sun and, of course, Black eagles. And lots of mountains with beautiful views and impressive rock formations, formed by wind, water and frost.
In my days in the Spanish Pyrenees I read somewhere. Happiness is only real when shared. Well, that doesn’t count for me. “My” eagles give me so many air shows and joyful moments (more on this later). And the views here!!.. From certain spots you can see for many miles (hard to estimate how far). These views give me goose bumps. I realize what I miss in the Netherlands. And not to forget the rainbows. Every time I try to approach them to look for the pot of gold they “ jump” to the next mountain. But one day. I love it!! 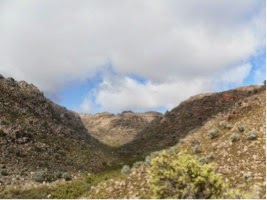 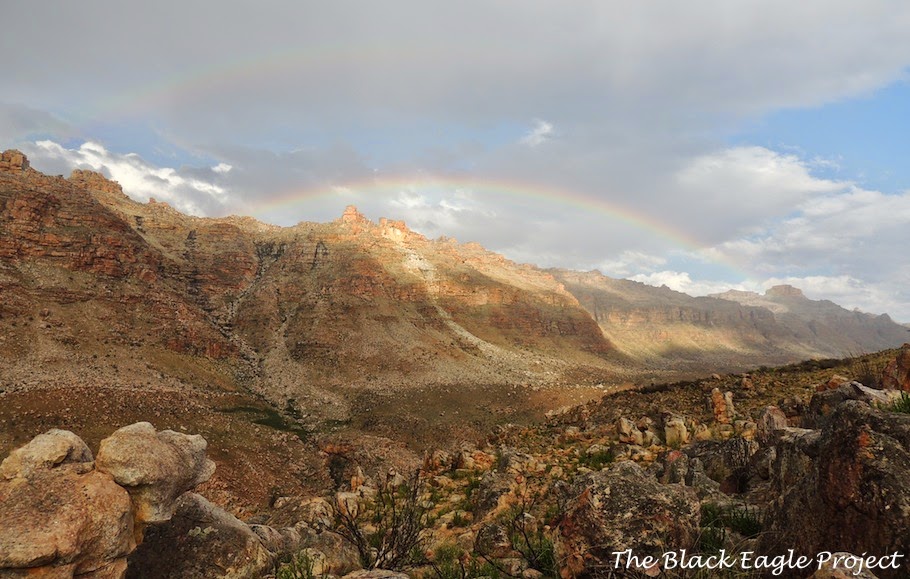 During my last 3 weeks of fieldwork, not to forget that I am actually working here, I have visited 16 nests in 7 days in the Sandveld. In this area, I drive from one nest to the other to check their stage of breeding. At this stage I hope to find them incubating. Some of them have started and others look promising and spend a lot of time around or on the nest. The pairs that are incubating spend much time on the nest and regularly swap. In the Cederberg, on the other hand, I have to hike for hours to the nests where access is much more difficult. Here they have nests in more remote places and I spend a lot of time hiking to a good spot to set up my telescope and start my observations. Here I have visited 12 nests so far. Like the Sandveld, here the first pairs have initiated incubation. During my hikes I am thrilled by the views and rock surrounding me. I force myself to stop every now and then to “feel” the mountains, or to admire the baboons which let me know of their presence by their impressive barking. They don’t seem to be impressed by my barks. Luckily I have 5 months to impress them. Or klipspringers which are checking me out from a rock and react to my whistles by facing me directly. Most of the times they are in groups of three. After a while they move on and hop up the rocks with the greatest ease. Also the sightings of Rock Hyrax or Dassies become more common. Sunbathing on rocks they make their alarm calls. I think there are not many animals living in the Cederberg which I see before they see me.
But the Cederberg Mountains bring me strong winds, snow and low temperatures as well. And the winter hasn’t even started yet. I am curious what the real winter has to offer. I have learned that bad weather doesn’t exist. But bad clothing does. Thus a good preparation for a cold day is important because three hours of not moving with the wind in the face with a vibrating telescope is tiring. A cloud that comes by and blocks my view on the nest is most frustrating and leaves me cold. And the rain filling the rivers which influence my thoughts of whether my bakkie can get through. But the advice I got from Dawie was. “You just try and learn by experience when the waterlevel is too high. This means that I just give it a go until I get stuck. Why not? We’ll see where or when the ship beaches. So far I haven’t had any problems.
Yesterday I had my first sightings of humans in the field. The first pair consisted of two males and the other a male and female. Both pairs didn’t show any signs of incubation. And both were far outside of their territory, but I did not feel threatened. After my two weeks in the Cederberg I have taken a look at my data on primate abundance. My preliminary results suggest that the most abundant primate is the Chacma Baboon (Papio ursinus) followed by humans (Homo sapiens). I have to be cautious because I don’t have any statistical results to support these thoughts. First I have to collect more data to confirm my suggestions (More on this later) . 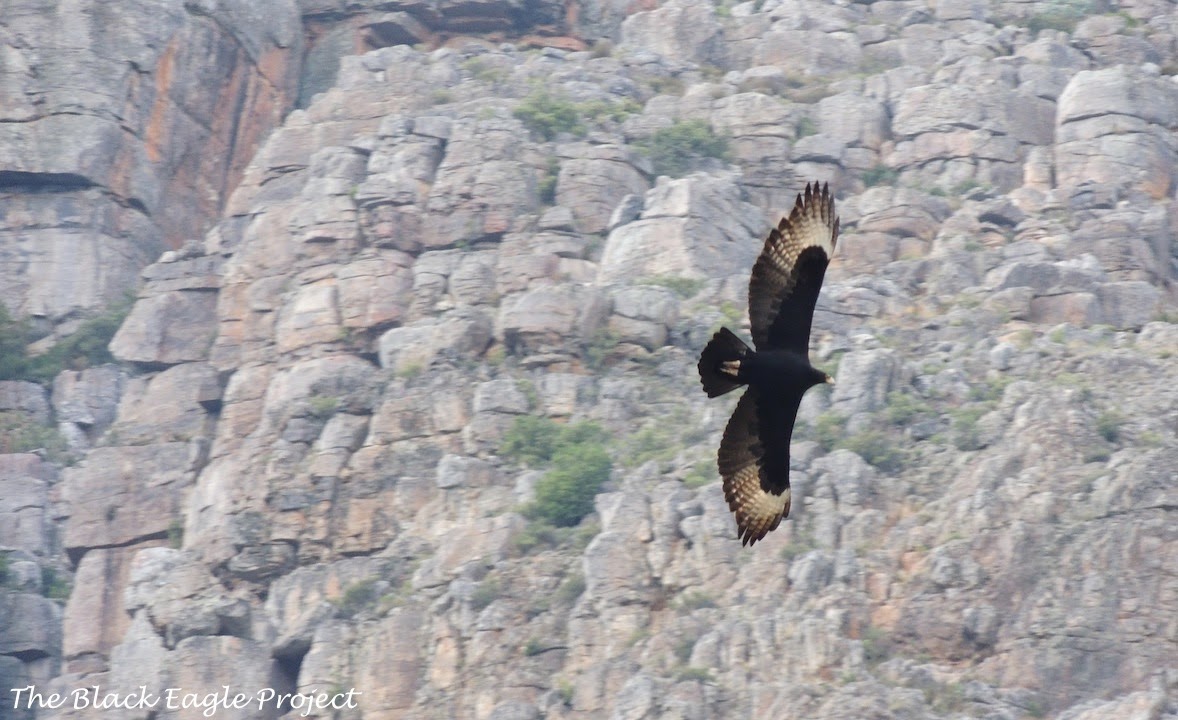 And the Eagles. The Verreaux’s Eagle or Black Eagle. With their ginormous wingspan of 2 meters. A flying door. Bigger than my wingspan. The one moment they are checking out part of their territory from a perch or their nest. The next they are in a thermal with warm rising air to gain height without spending energy. The ease with which they glide through the air. Jealous? Yes! And they probably see better than me even without a telescope. Magical. I want to know how their eyes work. I feel fortunate to spend my time watching these powerful raptors in this wonderful place.
~ Steven Karel Bekker