The story of the nest cameras

During the 2012 breeding season we installed motion sensing cameras at five Black Eagle nests. This was done with generous sponsorship from Darling Brew and with the vital help of many spirited volunteers. On Jan 2nd 2013 long after the chick fledged and the nest was left empty we finally removed the final nest camera. Now it is time to tell the stories of some of the birds and people involved:

THE EAGLES (Stars of the show!):
There are two stories which unraveled with the nest cameras which I will share:

The first is the story of a pair of eagles nesting in the Cederberg. It shows endurance and the harsh reality of the challenges faced during breeding.

1. After approximately 44 days of incubation the first hole in one egg is starting to appear and the first prey is delivered to the nest in anticipation.

2. The first chick has fully hatched from the egg.

3. Solid rain came in for two days. During which the second egg hatched. The camera took infrared photos probably due to low light. The adults continued trying to brood the chicks.

4. The nest is empty. Both chicks died due to the adverse weather conditions.


The second story is also somewhat harsh but ultimately a rewarding insight into what is actually happening on the nest that we cannot witness from below.

1. One adult delivered fresh greenery to the nest while the other incubates the eggs.

2. First chick, “Cain” has hatched and a hole is visible in the second egg.

3. The second chick, “Abel” is hatching.

4. Both chicks are in the nest, adult eagle takes off.

5. Abel is being rejected.

6. Abel made it back into the nest but this is the last photo featuring both chicks – the battle is over.

7. Prey delivery to Cain, now eight days old. In the end there is only one survivor…

THE CREW: At some point I relied on you, always with the welfare of the eagles as a priority, you all helped in some way to make this happen: 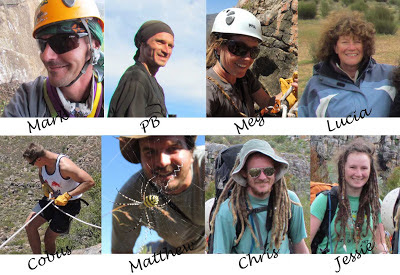 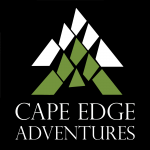 Darling Brew for taking so much interest in this project and sponsoring all of the nest cameras.
Cape Edge Adventures for enthusiastically coming out to the Cederberg to help retrieve a camera and giving me my first abseil training.
Donkieskraal for giving the researchers a place to stay whenever we’ve needed.
The Cape Leopard Trust for lending me a vehicle when the BEP one overheated, which made one of the camera retrievals possible when all else seemed bleak.